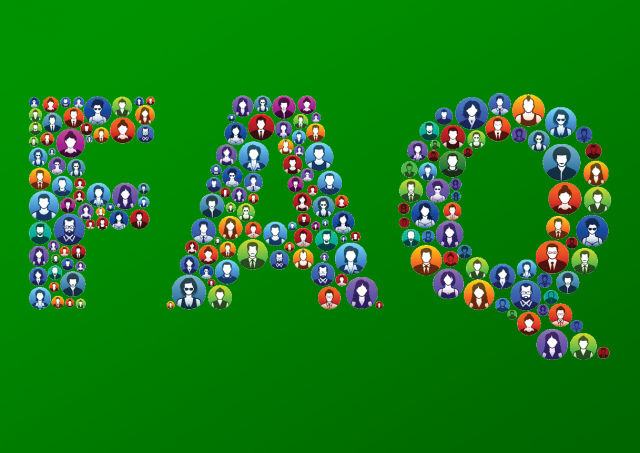 What is PANJB basketball exactly?

Palo Alto NJB is a 501(c)3 nonprofit, fully volunteer run, local chapter of National Junior Basketball—an organization started in LA in the 1980's to offer competitive basketball leagues for kids from 3rd to 8th grades. PANJB is an independently run chapter that adheres to NJB rules and guidelines, participates in Silicon Valley and National tournaments, while still operating separately. PANJB also offers K-2 and high school programs. Last season we served over 700 kids from Palo Alto, and are proud to count thousands of Palo Alto families as our alumni (including NBA player Jeremy Lin!).

What is the PANJB mission?

We are dedicated to using team basketball as a fun and effective vehicle for teaching kids the "4Cs": character, confidence, competitiveness and community.  We serve ALL youth of Palo Alto and East Palo Alto regardless of income, identity, ethnicity or abilitity.

What aged kids can play PANJB?

Kindergarteners through 2nd graders play in our "Rookie" clinic and league format, which runs on Saturdays from November through mid February. 3rd through 8th graders play in our "divisional" leagues (see below) which have one weekday practice, one Saturday practice, and games on Sundays (beginning the first week of December and going through the first week of February). All divisional teams also qualify for a double-elimination postseason tournament the weekend before Presidents Day.

Our K-2 clinic is co-ed, with kids separated based on skill level—not gender or grade level. All NJB divisions, starting in 3rd grade, have separate boys and girls leagues.  NJB currently only offers high school programs for boys who do not make their high school teams.

What if we don't live in Palo Alto? Can I still play PANJB?

PANJB is run by Palo Alto and EPA families for other Palo Alto and EPA families.  There are many other NJB chapters in surrounding communities that serve the entire Silicon Valley and Peninsula.  However, we do allow non PA/EPA families to play in programs that are not offered by surrounding chapters, such as our K-2 Rookie league, which we have developed independently from NJB. And we also allow kids who attend PA/EPA public schools, but do not live in Palo Alto, to play divisional.  All other non PA/EPA residents are waitlisted, and then invited to play when we have additional room on specific teams.

Do you play by real basketball rules or is it like other kids basketball leagues?

PANJB believes in teaching real basketball, on a ten foot hoop, using competitive rules. However, in the younger divisions, referees may choose to instruct the child instead of blowing the whistle for every technical infraction. There are a few non-standard rules.  FIrst, all NJB divisional games have five quarters. This allows substitution rules to be equal for the first part of the game to ensure all kids get to play, and then open substitution allowed at the end of the game. In D3, kids must "clear" the ball to another teammate after rebounding, before crossing half court.  In D3 and D2, defenses cannot engage until after the ball crosses a specific line... so there are more chances for real possessions. Full court pressing is only allowed at specific times, depending on division.  Mercy rules are applied when games get too lopsided. But besides that, it's real basketball.

Why is it so hard to get a spot for my child on a PANJB team?

We are fortunate to live in an area where team basketball is a priority for many families. We are unfortunate to live in an area where gym space is extremely limited (and very expensive) and time is precious. PANJB also depends on volunteer coaches, assistant coaches and team parents to operate our 50+ teams.  They must commit to attending dozens of practices and games, enduring training and background checks, managing demanding parents and motivating/controlling kids in noisy gyms.  Plus PANJB administrators spend hours planning, hiring, reserving and overseeing, in an attempt to ensure each kid has a fun, safe and positive experience throughout the season. All of these factors mean that each spot we create on a PANJB team requires serious investment and foresight. We are thrilled to have set a new record last year for serving over 900 kids in a single season... and we aim to eventually serve 1000.  But in the meantime, register early!

Are there tryouts? Do kids get cut?

No kids are ever cut from PANJB basketball. We believe in serving all abilities, as long as the child and parent are willing to participate actively and with the proper team-oriented attitude. We do hold evaluation sessions for our divisional teams in order to create "balanced" teams. It is mandatory that every player attend at least one eval session, which happen during mid October. For each division, you will have two weekend days plus a weeknight alternate eval to choose from. There are no eval sessions for our K-2 and high school leagues.

Can my child play on a divisional team with his friends?

No. He or she will be drafted onto a team by a coach, and may or may not know any teammates at the beginning of the season.  But time and again, we hear from new families that their number one favorite part of PANJB was making new friends in the community—both for the kids and the parents.

What about All Net and All Star teams?  I've heard I want my kid to make those.

They can be awesome. But PANJB is actually phasing out all All Net teams in favor of fielding more competitive All Star teams that play an extended season after the divisional season is over. ("All Net" is a program offered by National NJB where one All Net team per grade per chapter is chosen at the beginning of the season and only plays other All Net teams.) All Star teams are chosen at the end of the season.  Players from each divisional team are nominated by their coaches and teammates to try out for the All Star team, which is then selected by a qualified head coach.  All Star teams then play in an NJB All Star tournament against other chapters' all star teams, and can qualify to play in the National Tournament in Los Angeles.  PANJB All Star teams also play in other area tournaments against AAU teams, often with success.

In general, divisional teams practice one night per week for one hour, and 90 minutes on Saturday. Saturday practices can start as early as 9 and as late as 5 pm.  If you have times when you absolutely cannot practice on Saturdays, please mention that during registration so it can be taken into account during the team formation process. Games are always on Sundays, as early as 9:30 am and as late as 6 pm. Please see program information elsewhere on panjb.com for more details. Once your child is placed on a team in late October, the coach will reachout with final details about practice times for the remainder of the season.

For the K-2 Rookie League, all clinics/games are on Saturdays beginning mid November and running through mid February.

For our High School program, practices are in Palo Alto on Saturdays and games are in Santa Clara on Sundays. The league begins in early December and runs through February.

Does my child need to attend every game and practice?  What about their piccolo lessons?

Being a member of a PANJB team is a commitment.  See above for more details about how much volunteer effort goes into creating each team. Not to mention every kid who gets on a team is taking a spot from another kid who was stuck on the waitlist. Plus, basketball is a sport that requires lots of practice. It's not only unfair to your child if he/she misses practices and is unprepared for the game.  It's also unfair to his/her teammates, who will be forced to suffer as well.  Having said that, we understand that life happens. We ask all divisional players to attend 80% of all practices and miss no more than two of the eight regular season games (emergencies excepted of course).  All players are expected to attend all post-season games during the weekend of the City Championship tournament. Coaches are allowed to ignore mandatory playing time rules for players who miss two practices in a row.

Are scholarships available?
Even though NJB fees are much lower than any other competitive youth basketball program—thanks to our amazing volunteer coaches—it is still a significant financial commitment to play PANJB basketball. However, we have established a PANJB scholarship fund to ensure all kids can play, regardless of ability to pay.  To request a scholarship, simply email treasurer@panjb.com.